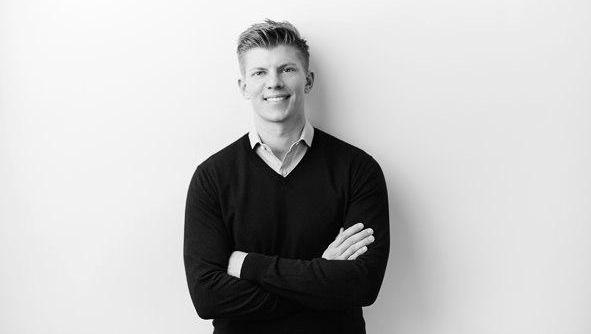 Bitcoin Saigon is starting into the “Year of the Rat” with a special delight: The first “Bitcoin Socratic Seminar”under the guidance of Fabian Jahr will take place at the evening of the 20th of February at Saigon Innovation Hub.

Ahead of our first bigger meetup of the year, we had the pleasure to talk with Fabian about his way into Bitcoin, his background and what to expect from the upcoming meetup as well as Bitcoin in general.

Q1: When did you hear the first time about Bitcoin - and what drew you in ultimately to pursue your interest in Bitcoin full-time?

Fabian: I heard about it for the first time in 2012 and thought about it quite a bit at the time but have to admit I did not really get the point. It was an interesting technology but I did not understand the gravity of it. So, for several years I was aware of it and read about it here and there but it was not a focus of mine at all. That changed in 2015 when the first wave of the refugee crisis hit Europe and one would read about these people’s stories every day in the news. Somehow it clicked for me, that I was not the primary customer for Bitcoin, these people were. The first feature that made me understand that was that these refugees could, in theory, have crossed all these borders with a seed phrase in their head and no smuggler, robber or corrupt border patrol could have known about it. From that point on I quickly discovered all the other features that are important to me just as much now and I also got so excited about the technology that I wanted to contribute because I have always been looking for interesting challenges in that regard. I was a freelancer and spent about two years of looking for jobs in the space and studying and hacking on things in my free time until I could go full time.

Q2: Your “homebase” is Berlin, which is known as the pioneering Bitcoin Hub in Germany; starting by the legendary Room 77 of Joerg Platzer as the world’s first & oldest brick & mortar store to accept Bitcoin; a whole range of various Bitcoin-specific meetups and host of the first ever Lightning Conference last fall. Can you describe why Berlin has been such a fertile ground for the local Bitcoin community and what Bitcoin-interested visitors should watch out for when visiting Berlin?

Fabian: I think Berlin has had a strong community of people that embody hacker and cypherpunk values for a long time. That’s why the community formed so early compared to other parts of the world but I can not speak about that in greater detail because I was not around at the time. What you find in Berlin now are a lot of individual builders that are hacking on exciting projects, especially using Lightning Network, often without looking for profit or to start a company. The Lightning Hackdays and the Lightning Conference is one great example of this. You should definitely check out Room77 and there are a few other spots in Berlin where you can pay with Bitcoin and Lightning and these are usually run by enthusiasts. Check meetup.com for meetups while you are there and if you don’t find any on the dates while you are in town, try to reach out to some locals on twitter and I am sure there will be some kind of unofficial gathering going on anyway.

Q3: In 2019 you have attended the Chaincode Residency program, a type of bootcamp for Bitcoin/Lightning Contributors. What was it like, what did you learn, what were some special highlights? And what advice would you give local Vietnamese developers who strive for eligibility to the program?

Fabian: It was great to be around a group of bitcoin developers and being able to reach out with questions almost instantaneously. That and being in the greater community of New York were really the highlights. The feedback helped me to focus on a specific project and just go with it instead of jumping around and questioning if it was really worth it to work this particular thing. For people applying I can recommend to just demonstrate long in advance that you would be successful while you are there. That means learning as much as possible and also demonstrating some action, which can be contributing to your local community, building your own projects or try to start contributing to open-source projects on your own, even if you start really small.

Q4: You have been staying in Vietnam for a couple of days by now. What is your impression of the country, where do you see its potential (generally as well as in regard to Bitcoin) and could you imagine spending more time in the country to help the local Bitcoin communities and adoption to grow?

Fabian: I have not seen that much of the country but especially Ho Chi Minh City strikes me as a vibrant city with lots of smart and ambitious people. I am happy that there is interest to organize a first Socratic Seminar and hope it might not be the last one. Something like the Socratic Seminar is key to pull people in since all the different topics in Bitcoin can be overwhelming in the beginning, even for very talented technical people. I could not have started the meetup in Berlin if I had not seen it in New York myself. So I am just passing it on but I would be happy to be back another time and help out in whatever way it makes sense.

Q5: On the 20th of February you will hold the first ever “Bitcoin Socratic Seminar” on Vietnamese soil. What is so special about the format, what should people expect to take away from it and who should attend?

Fabian: As I mentioned already, I was introduced to the format in New York, where it has been running for over 8 years by now. At first, it seems like a rapid-fire of topics, a whirlwind of information, but once you get used to it, it helps tremendously with staying on top of everything important that is happening in Bitcoin every month. At the same time, there are discussions and that lets everyone ask if they don’t understand something and also strengthens the community. Many of the topics will be technical, so it helps if you are in that field already and obviously also the more you know about Bitcoin, the better. That being said, the meeting is for everyone interested in Bitcoin, so I would say if you have ever sent a single Bitcoin transaction and you are eager to learn, you should come. Just don’t get frustrated if you haven’t even heard of many of the topics, even I don’t understand everything in depth although I am moderating. There is just too much going on. But when there is something introduced that peaks your interest, you should speak up, ask questions and maybe research more about it after the meetup and you will already be much smarter at the next event. You can also take a look at the links of previous meetups at bitdev.org and bitdevs.berlin to get a feeling for what topics are being discussed.

Q6: What are your general expectations for Bitcoin in the upcoming years and what developments are you most excited or most concerned about? And which areas in the Bitcoin ecosystem deserve in your opinion the most attention in the years ahead?

Fabian: The obvious answer is that I am very excited for Schnorr and Taproot, the next big soft-fork. It is hard to say when it will come and especially how it will come but I am very confident that it will come and that it will bring great improvements to Bitcoin. So the modality of the soft-fork is maybe what I am most concerned about, simply because there is still a lot to talk about. And I am also still very excited about Lightning Network, which is starting to become a little more boring by now. But that just means that it really works. I have not heard many people mention #reckless at the Lightning Conference last year. The focus is now on robustness, integrations, and UX. I think that is great and the user experience that I expect to see in Lightning in 1-2 years will make new users even more excited about Bitcoin than was ever possible before. Check out Phoenix Wallet (only on Android so far) to see what I mean. Finally, I also think multisig will get much more attention and UX improvement in 2020 and people will be much more relaxed about the security of their funds as a result.

If you would like to support the work of the Bitcoin Saigon Community - you can donate some of your Sats to us via our Donation page! Lightning support coming soon :)