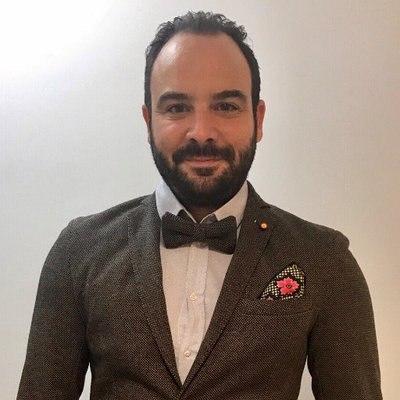 Monis of the Greek Crypto Community is the leading force behind pulling together and organizing the upcoming Global Online Bitcoin Meetup on September 19th.

Bitcoin Saigon: Hi Monis! Can you tell us a bit more about your background and when & how you fell into the Bitcoin rabbithole?

Monis: I have a pure finance background and I work as a Treasury FX trader for a Nasdaq listed firm. Contrary to what many people think, I started to get involved rather late in 2017 and like many of us, initially, price drew my attention. However, technology and the antifragile independent monetary policy in Bitcoin made me intellectually curious as to what this space is all about.

Bitcoin Saigon: Greece has been in the past decade regularly in the news as the economic situation in the country kept deteriorating. How is the situation on the ground right now and how do people feel about their future?

Monis: Greece is probably one of the top 5 countries in the world that is most dependent on tourism and Covid-19 has caught many businesses within this domain off-guard this year. The truth is that Greece has made many sacrifices in revamping its fiscal structure and has all it takes to outperform its peer economies in the years to come. I believe that will be the case, when the pandemic ends.

Bitcoin Saigon: You are quite engaged in the local community in Greece. What made you volunteer your time towards community building in your home base and what were some highlights and maybe also disappointments during that time?

Monis: This is actually a great question. I started the Greek Cryptocurrency Community to be able to have a group on telegram where I would be able to discuss with other Greeks about Cryptos. I thought that maybe another.. 30 or maximum 50 people would join. It turns out that our community now consists of 825 members and is steadily growing, mainly because the interest in Bitcoin all around Greece is growing at an exponential pace. We organize regular meetups (either online or in person) and we have our own community T-shirt which we distribute out to our group members nationwide. However, I think that the best thing that came out of this group is that regular interaction online has created friendships among people who share common interests about digital currencies. Disappointingly, participation is very much correlated to price. However, participation has always been high enough to keep us going. Broadly, I could say that our community has developed way beyond my expectations.

Bitcoin Saigon: What gave you the initial idea to pull together this Global online meetup and how has the response been so far?

Monis: The idea was initiated by the fact that I always felt that we were never close to exhausting the capabilities which we have using the internet in order to connect with other communities worldwide, especially when we have got so many things in common. Overall, the response has been quite positive. We are proud to have started it, we are honoured to have seen Bitcoin Saigon, Bitcoin Argentina and Bitcoin Austria joining us. We aspire to keep those meet-ups going and urge more communities around the world to reach out and express interest for more Bitcoin meetups. I hope this meet-up marks the beginning for more similar events.

Bitcoin Saigon: In one sentence - what should people who listen in expect at the upcoming Online Meetup?

Monis: Expect many people from 4 different cultures coming together online to watch 4 talented speakers to talk about Bitcoin as well as interaction with our speakers who will be answering questions at the end of each talk. We will reveal the agenda soon.

Bitcoin Saigon: Last, but not least: How do you see the future for Bitcoin and what developments are you the most excited about?

Monis: I am very pleased with the progress that has been made around custody solutions for institutions, I hope for more Segwit adoption and I am also quite excited about Liquid and its ability to free up bitcoin block space, especially when it comes to interexchange transfers. Regarding Bitcoin’s future, I see the same monetary practises linked to monetary base expansion that were the drivers for the creation of Bitcoin back in 2009 are now in play much more than before. As the failure of this experiment unfolds, I reckon that digital scarcity will remain in the spotlight. After all, 21 million is non-negotiable.