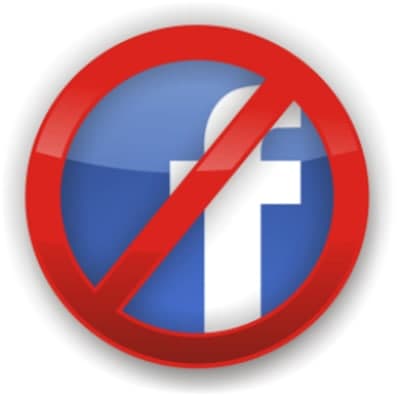 Thank you for your continued support across all those years since the first Bitcoin meetup at Officience which was back in the fall 2014 kickstarted by Diana, Khoa and Dominik!

We would like to inform you that as a part of the natural evolution of the community as well as the world at large, over the past couple of weeks a broad consensus has been formed to reduce our online presence at Facebook.

While we will still now and then will share some of our content and initiatives to this specific Social Media platform which - especially in Vietnam - still has a lot of “mindshare” and active usage, we feel that the point in time has come for our community to reduce its presence on this platform.

As such, our casual weekly meetups won’t be announced any longer on Facebook.

There are a variety of factors at play in this decision, which we would like to outline below for those interested to understand some of the reasons behind this step.

I think it has by now become pretty clear that the strong trend since 10-15 years to reintroduce “gatekeepers” as our way to access information in the Internet was a mistake and that the centralized “BigTech” players have not only started to abuse their powers granted to them - but being actively opposed to the spirit of the Open Internet which revolves around open discussion and open sharing of ideas and knowledge.

The critique at Big Tech has been rising over the years and we can see that the trend has been reversing at latest since last year.

People are actively looking for alternatives (or even contributing & building) which provide them an outlet and opportunity to share and discuss ideas, thoughts and insights without constant annoying censorship & shadow-banning by “Fact checker” brigades or algorithms designed to let you talk into a void if you are spreading information which does not align with the current promoted mainstream narrative.

Free speech will find a way.

While those platforms certainly served their purpose to connect with the world at large in a way that was not possible in the same efficiency as before - they are currently overplaying their hand and will have to bear the consequences of this behaviour.

While you might ask now “Why Facebook and not all the other Big Tech platforms?” - well, we see it just as a first step on our way to rearrange our communication infrastructure onto infrastructure and technology which provides reach, scale and sovereignty at the right balance.

Facebook is the first centralized Big Tech platform to be abandoned - in all likelihood it won’t be the last.

Time and attention is our most scarce resource.

Facebook & Co. have for a very long time understood how to harvest this time & attention spent on their platform by their users to their massive advantage.

Users did all the work to create the content which attracted people to the platform and to spend their time/attention on it - and Facebook capitalized on this opportunity to build one of the Worlds largest and most powerful corporations.

Nothing to blame them for, they just exploited human behaviour to their own advantage.

Their users are not victims - every user is voluntarily using their offering.

That said, the Bitcoin Community at large is certainly getting much more aware and pushing back against these “spiritual intruders” which take our most precious resources (Time! Attention! Mental bandwidth!) - and instead of using those resources to build a better world for us and those around us, is using the attention spent on their platform to upload their agenda to the minds & brains of their user base.

Whatever you give your attention to grows more powerful.

Time to cut off our attention from it - and use our personal resources to our own advantage and those of our families and communities.

The world is in a peril and very volatile and fast-changing situation - so we must make sure to align our focus and resources in this age information warfare on the things & ideas that matter to us.

Making the world a better place starts with each of us personally - and our own behaviours.

Developments in our local community

When this community started out, the initial drive and idea behind it was to connect people with an interest in the ideas and technology around Bitcoin, discuss and ponder various viewpoints on the matter and bundle resources to prepare and build for the future.

Over the years the community has attracted some very bright minds from all walks of life - which makes for truly multidisciplinary research & discussion rounds on a weekly basis.

While the technology and economic incentives of Bitcoin do and will play a core role as one central focal point for the community - the ideas and interests expand nowadays far beyond just “Sound Money”.

Varied topics such as Permaculture, Sustainability, Nutrition, Architecture, Energy, Culture & Tradition, Zombies, Vampires & Aliens; the eternal cycles of the Universe and History, Ethics, Warfare and Spirituality are all a regular topic on the conversation table.

We are not here to just do our part in bringing back Sound Money to the world - but contemplate and actively contribute to build a similar Sound Counter-Culture which will outlast the current unsustainable & degenerate aberrations which are observable in vast swaths of (especially) Western “modern” societies these days.

As things go and grow it will become necessary to slowly “close the group” to a more intimate circle.

There are a lot of big tasks and challenges ahead - and as such we must avoid unnecessary distractions.

The group will remain open for newcomers to join who want to learn and become a part of the solution - but at the same time we need to make sure that we address the right audience.

We do not want people there who solely keep talking about random shitcoins which they threw their money at to make 10x within next week.

There are enough other outlets where you can keep discussing these types of topics - but we found them rather distractive to the long-term mission we are looking to achieve.

Which is growth on a personal level - in terms of health, wealth, spirit, mind, knowledge and a deeper connection to the truth, the world at large and ourselves.

We are looking for people who openly like to ponder the big ideas and who when they decide to do something think about a 10 year time-horizon and longer. We are talking about ideas and culture which ideally can last for multiple generations.

Nurturing and fostering your low time preference and finding the right ways to increase the amount of aligned habits with it is one of our major objectives.

We want to gather resources and people to build the citadels of tomorrow - not waste our precious time, attention and capital on random unsustainable shitcoin schemes.

Last but not least:

One of the reasons to start reducing our presence on Big Tech platforms - starting with Facebook - is that the community as such has reached a sufficient scale and recognition.

Being active and part of the local community in Saigon and supporting local business scene (especially our regular venue hosts of course :) ) gave us after all these years certainly enough “brand recognition” that you can find us if you are in the area and interested into Bitcoin and the deeper ideas & ideals behind it.

We also have nowadays sufficient connectivity and awareness of the global Bitcoin community, so that Bitcoiners from around the world looking to connect with a group of like-minded individuals will find their contact points if they just put in a little bit of effort to search us out.

For the foreseeable future you will still be able to regularly follow our updates and announcements on Twitter and Telegram.

If you want to become an active part of the Bitcoin community and start contributing - join us! :)