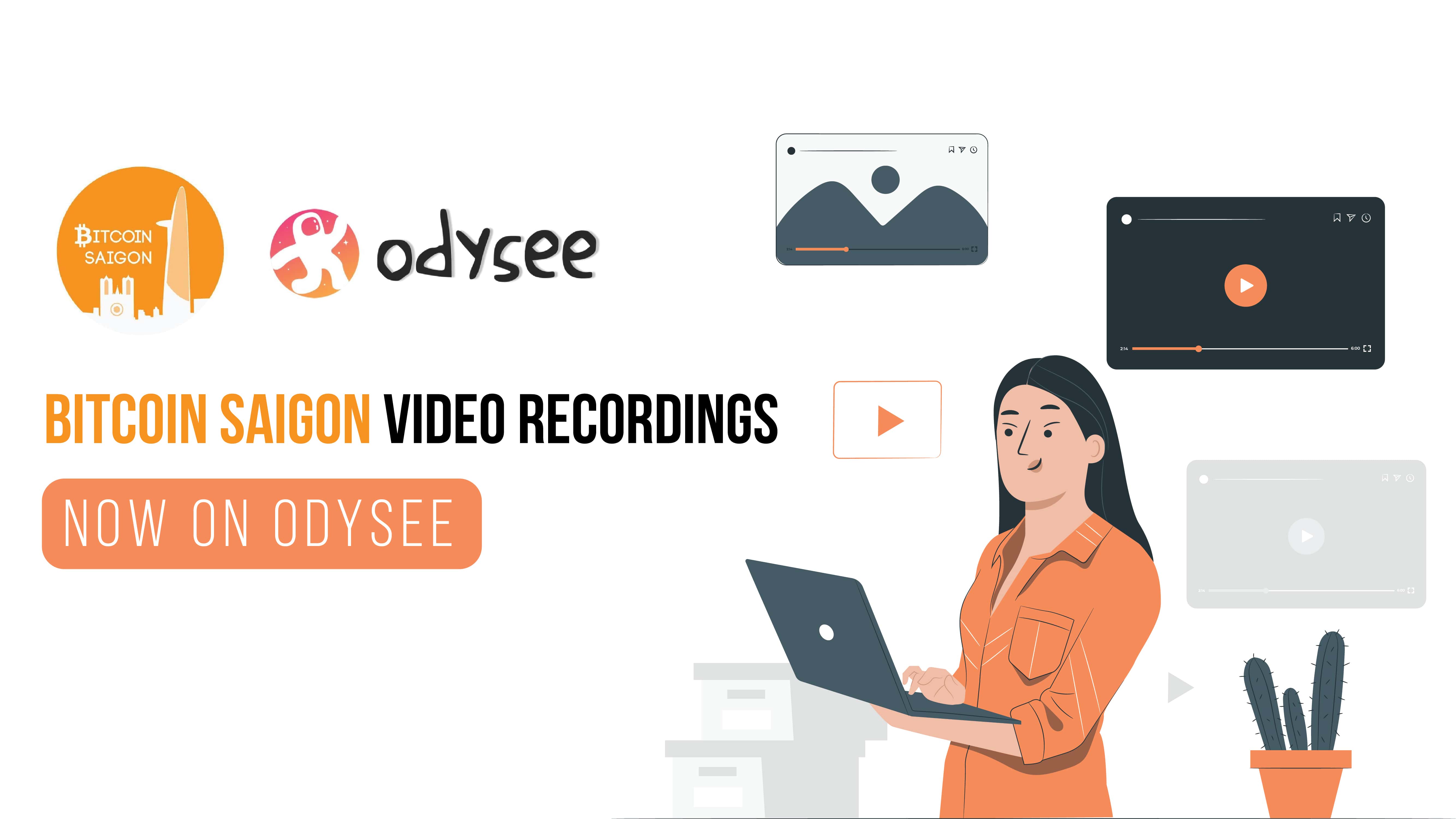 The arguments for moving on from Youtube are very much the same we already outlined in the Facebook announcement about half a year ago.

Now, why Odysee of all places? And aren’t they operating their own shitcoin?

We have been recognizing and discussing within the community for more than a year by now the need to move on from the incumbent BigTech platforms which behave increasingly in a manner which stands diagonally opposite to human freedom, free expression and debate of ideas and worldviews which are not part of the approved mainstream narrative.

Bitcoin wouldn’t have come about without these foundational traits for a flourishing human society.

We expect that within this decade - and as how things go rather sooner than later - BigTech platforms will increasingly clamp down on empowering and alternate knowledge and debate topics which do not foster the powers of the system and its benefactors.

As such it is our duty to withdraw attention and energy from openly hostile platforms.

While Odysee’s tech stack is not resistant to being usurped and overtaken by the forces of the regime (more on that in a later paragraph), we believe that for the time being with the strong stance and mission by the founding team as well as their functionally very well-designed product, it stands a good chance to be of relevance in this intermediary stage of the global battle between totalitarian control vs. the emergence of a more decentralized, localized and ultimately more in line with nature way humans live and interact with each other.

We live in the age of information warfare - so weakening the reach of our enemy’s weapons while strengthening those who fight the fight on the good side is imperative.

Yes, they do and it’s generally something which should give everybody some initial pause - but the various pro arguments for the platform as suitable video platform compared to various other alternative video platforms.

Our first priority was to find an alternative platform to Youtube to host our video content - and Odysee came out as the frontrunner in a comparison across several platforms which we researched and evaluated over the course of about a month.

So - don’t take this announcement as an endorsement for the attached “platform utility token” (basically what’s traditionally called a voucher).

Don’t waste your precious Bitcoins on it - and if you do, don’t blame us for it. :)

[Update: Within a week after this announcement was written - Team Odysee made the logical choice and announced the upcoming adoption of tipping in Bitcoin.]

Warfare in the 21st century

As mentioned previously, Odyssey ultimately in all likelihood could be taken over and corrupted by hostile forces.

While we hope of course that it won’t be the case - if there are weaknesses in your defences and you become an attractive strategic target for your enemy, he will take an aim at you.

The only way to avoid capture is if the technology / network is decentralized in a manner that no centralized bottlenecks can be attacked and taken advantage of.

If there is no clear target, the cost of the attacker rises exponentially - and makes a success of such an attack ever more unlikely.

As such, we will also be looking to mirror our content on more censorship resistant platforms (which - to be frank - are less “user friendly” and operate with more lag time which are not suitable for today’s TikTok generation) in the future.

Updates on this undertaking will follow on this page.

Don’t let yourselves be silenced.

We live in a time where speaking out and speaking up is more important than ever at a time where large scale psychological operations conducted via means of mass communication designed to demoralize and subjugate vast swaths of the population is of vital importance to the survival of the regime.

Keep up your spirits - and do your part.

Build networks, build communities, build families - and to do all of that first and foremost: